The SARS-CoV-2 Rapid Antigen Test was created by Hangzhou Immuno Biotech CO Ltd laboratory and became the only one authorized by the National Administration of Drugs, Food and Medical Technology for over-the-counter sale in pharmacies across the country.

In the midst of the second wave of infections, the ANMAT authorized the free sale in pharmacies of the rapid test of Chinese origin that detects the coronavirus in 10 minutes, although the swab must be done with a health professional.

The test went on sale with a price of 2,600 pesos and the batch of 20,000 units is already sold out due to high demand, although the price will be lower in the coming weeks.

The SARS-CoV-2 Rapid Antigen Test was created by Hangzhou Immuno Biotech CO Ltd laboratory and became the only one authorized by the National Administration of Drugs, Food and Medical Technology for over-the-counter sale in pharmacies across the country. 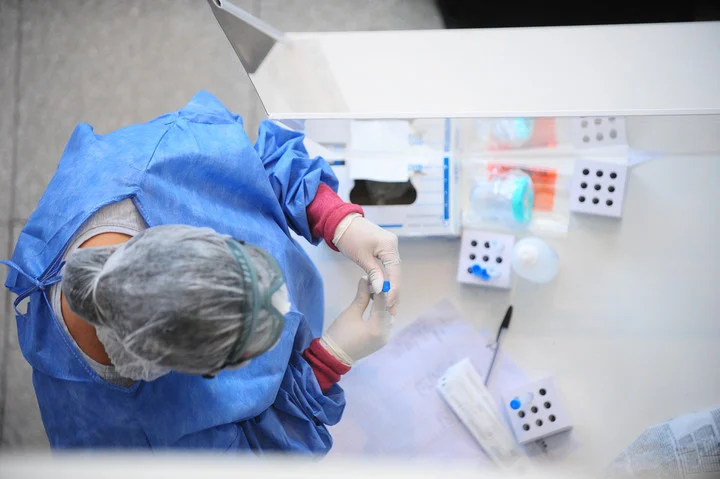 Imported by Vyam Group SRL, it allows to know the result in 10 minutes with a sensitivity level of 96.8%. In any case, it is clarified that in case of negative, a possible presence of the virus in the person tested is not ruled out.

Alejandro Mansilla, managing partner of Vyam Group SRL, told BAE Negocios : “It is for professional use but it gives the possibility, for the first time, that the person buys it and goes to a laboratory to swab it at a lower cost than testing.”

While the crosses between the Government and the opposition for future restrictions continue, the Ministry of Health of the Nation confirmed this Tuesday 27,001 new cases of Covid 19 in Argentina. This is the highest number of infections since the pandemic reached the country.

The number of cases has been increasing strongly in recent days. Last year, the peak had been 18,326 infected in 24 hours. 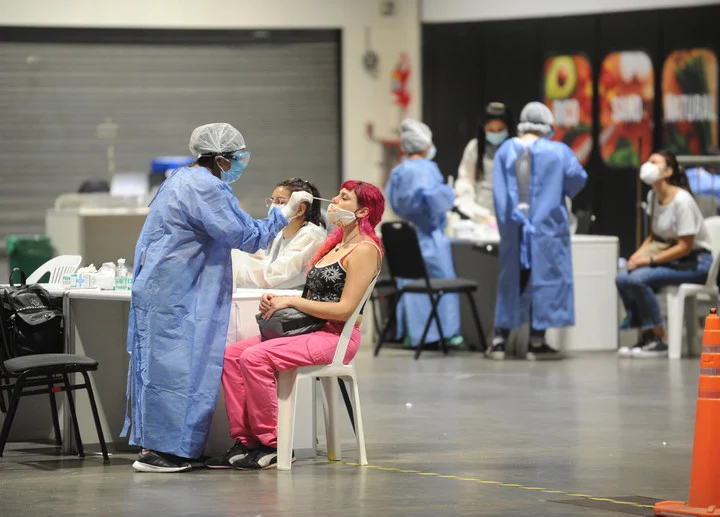 In this second wave, the trend is that patients who develop serious symptoms and must be admitted to intensive care are getting younger and younger . According to health sources confirmed to Clarín , the average age of hospitalization for coronavirus fell between 8 and 10 years compared to the 2020 outbreak.

Vaccination continues to be the main tool to mitigate the impact of Covid-19. But the arrival of new lots has not yet been announced and the shortage is beginning to affect the national plan. In fact, Córdoba had to suspend the application of the first dose in its Capital due to lack of stock, until receiving new shipments from the Nation.

Until this Tuesday, according to official data, more than 7 million vaccines were distributed to the provinces, of which 5.6 million have already been applied. Most of those immunized (4.9 million) received a single dose.

With 27 thousand new infections in the last 24 hours, the Government is studying tougher measures to restrict circulation and stop the advance of the second wave of coronavirus.

The calm of the Casa Rosada – which President Alberto Fernández has not attended since before Holy Week, before testing positive for Covid-19 – was altered this Tuesday at 6 p.m. when a dozen ministers attended an official meeting that It was not on the official agenda. The president participated in the ministerial summit, which lasted for three hours, virtually.

In the national and Buenos Aires executive there is concern about the relative lack of compliance with the measures that were implemented last Friday. However, government sources told Clarín that, in addition to the epidemiological analysis, there is anger among the ministers with the governors, because they do not involve the local security forces in the control of the measures.